Freedom is a state of Presence. Which is to say, to live in a state of Presence is to be free from past conditioning. It heralds an awakening into consciousness, the opposite of unconsciousness. Or a state of disconnectedness—the prevailing modern mindset. This is a mind that causes widespread destruction, mostly through delusion. But there is another way, as exemplified through the teachings of Eckhart Tolle. Eckhart illustrates the necessity of living in the present moment—for a future of peace and freedom. For Eckhart, Presence is the ultimate state of Being, which refers to a state of existence; the state of being Present and alert in the present moment. Presence signifies a mind free from conditioned thoughts and excessive, repetitive thinking. Being and Presence are one and the same; you cannot Be without Presence. As such, Being and Presence are also the embodiment of awareness.

Thus, Being represents a harmonious relationship with life. Being means living with Presence and acceptance of the present moment—wholly and completely as it is. It is the awareness that you are the Presence, in the present moment. As opposed to the ‘person’ (who you think you are/the mental construct about yourself) in the present moment. In other words, awareness is the ability to separate yourself from the idea of yourself. Which leaves the Aware Presence. To put it another way, it is the space between all thought. The totality of who you are is greater than all preconceived thoughts. Why? Because for one the Self is indefinable, and thoughts are mental constructs that rely on past experience; they represent the conceptualised self.  Awareness is alert perception, exemplifying the ideal life experience. Presence, thus, is the precursor to awareness—that is, consciousness.

Therefore, a conscious mind represents one that is not controlled by past conditioning. Thoughts and ideas are no more than a constructed narrative based on past experience. It cannot be otherwise. Of course, knowledge is necessary and serves a practical purpose when applied appropriately. But compulsive, uncontrollable, repetitive thoughts do not constitute appropriate application. Without accumulated knowledge we would not be able to function let alone evolve. But, thoughts, or knowledge is not to be misunderstood with wisdom, nor relied upon to understand, or worse, define the True Self. The self is undefinable. Knowledge is what you know, wisdom is what you understand, without the need to know.

To this end knowledge falls into the domain of the unconscious mind. This also refers to the egoic mind. It is the constructed self, that’s dominated by past, conditioned, thoughts that arise from previous life experience, and subsequent understanding of that experience. What we must understand is that the egoic mind state is one of division. The ego creates division through identification, definition, and separation. In a nutshell, the ego seeks to define itself through a false sense of superiority. It is always based in fear, and as such it creates drama through the construction of a narrative based on separateness. For the individual and for the collective, this is the state of all dis-ease and disaster. The solution is to awaken into consciousness, through Presence. This is the path to freedom.

Beyond conceived notions of power, lies the sovereign of truth.

The basis of Eckhart’s teaching is freedom from the egoic mind through a state of Presence. Although he does not prescribe to any singular philosophy, his teachings stem from the canon of all preceding Eastern and Western philosophy to reveal the truth that underpin these doctrines. Yet his insights transcend religious, spiritual, and new-age dogma the world over. Rather, his words point to a truth that lies at the heart of all great spiritual and religious texts. His ability to decipher the fundamental premise of these texts is his gift. In truth, philosophical texts are often complex, but Eckhart’s writing is clear and concise, and his teachings are accessible and surprisingly simple. While there are many important concepts, history, especially what we conceive as our own, is key to dissolving our delusions.

For many reasons—politics being chief among them—history is one of the most complex fields of information. It has been, and remains, convoluted, misconstrued, and used to destroy, control, and dominate. As humankind are the creators of history, human beings exemplify this complexity. So history is as complex as humanity itself. But in truth, history guarantees nothing more than a story. Despite this fact, if written, spoken, and taught, many accept this as truth. But, underlying motivations and hidden agendas demand our attention. What role does truth play in the construction of history? Who benefits and who suffers? Is memory reliable? History has shown many times over our motivation for personal gain. Who has authority, and why? Is it agreed? Or is it taken? Is there an obligation to the truth? Is there accountability? The “authorities” are a group of people. Like any individual or collective they (authorities) have ideals and interests to protect. What are their interests and who to they do protect? As flawed creatures, interference is a given. But the point is this: Beyond conceived notions of power, lies the sovereign of truth. Eckhart stands with a singular voice in that echo chamber of truth and teachings are testament to that truth.

No other person has so simply and succinctly explained the essence of existence.

Eckhart cuts to the heart of what is important without exclusion. He clarifies complex theological and philosophical ideas with simplicity and resonance. He explains how psychology impacts social identity, on an individual and collective level. Understanding how the mind functions is invaluable for our evolution. Without contemplation we are unable to reflect, and, as a result, we lose perspective. This gives way to delusion, dysfunction, and confusion. The likes of which are rampant throughout society. This is especially clear in the context of modernity. None more so when examining personal and collective history.

What is your personal understanding of history? Consider its function on a personal, collective, and social level. Then consider the impact this has on the mind. How does this affect understanding and decision making? The truth is, conditioning is extensive. It starts in the home, often quite innocently, but sometimes deliberately. Then it extends into schooling and other social institutions. As a result, we have institutionalisation. That is, an institutionalised society conditioned by the dominant ideology. Governance, through habituation relies on constructed narratives. That is, ideas formed by institutions to serve the interests of their governance. But more to the point, power rules through the inception of narrative itself. The micro is a microcosm of the macro. This is crucial to understanding ourselves. The way forward is through individual, personal awakening. This must happen before the collective can awaken.

For Eckhart, the ultimate desire is for humanity to reach a state of consciousness. In other words, to become aware. Unfortunately due to extensive conditioning, for many, awareness remains elusive. In part, living in a world dominated by form has driven identification with separateness. The rules of engagement demand comparison and competition, in the pursuit of excess materialism. The ability to craft a gripping narrative is a highly prized art form. Power and dominance depend on it. Media ensures its spread, and let’s face it, the media reigns supreme. But this need not be the case.

There is an alternative. Eckhart clarifies this simply and succinctly. If the goal is to become better human beings, then his teachings are indispensable. To do that, it is necessary to understand the mechanics of the mind within the system in which it operates. If the desire is true freedom, success, and fulfilment, then it is imperative to live in a state of awareness. To achieve this, I recommend starting with – The Power of Now & A New Earth  & Stillness Speaks. 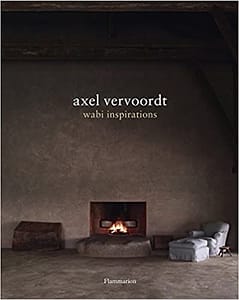 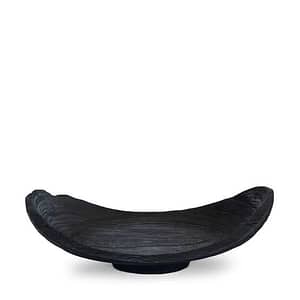