Plans and procrastination go hand-in-hand with fear. And fear is an agent of the egoic mind. Thus, the ego stifles personal growth by perpetuating fictitious narratives about the Self. This includes ideas about life and survival. On the other hand, Truth and awareness are the forebears of right action and hence, success. Understanding our values is necessary for effective action, but so is recognising fear. In this case, inaction is often a mask for fear. Here, the ego seeks to protect the True Self by creating fear. It does so by incubating ideas within the chamber of the mind. Letting them fester by marinating  them in stories under the guise of  ‘the plan’. But creating plans is the ego’s strategy to insure ideas never see the light of day.

There’s a grave danger in living in a world composed of ideas that never come to fruition. In this world one remains suspended in a rut of possibility, with no experience of actuality. In other words, one becomes sheltered by the safety of fantasy. In this realm fantasy encourages false hope because such plans are never actualised. The notion that plans alone will materialise a fulfilling life, is delusional. A plan, regardless of how detailed, without action, is no substitute for life. It’s easy to conjure up ideas and create grand plans in an abstract world. But it is not so easy to execute those ideas and put plans into practice in the concrete world. A plan that is not followed by informed action is the ego’s strategy to procrastinate. And the underlying energy behind procrastination is fear.

Generally, this points to a fear of failure, or a fear of not being good enough, or worthy of what is being sought after. To illustrate how this plays out: the ego devises a plan to protect you (the egoic self) from failure. It convinces you that before you begin, you need a plan. To clarify, there is nothing wrong with having a plan. In fact, strategic planning is often advantageous. But there is a problem if one remains in the planning stage for an extended period of time. As this may, and often does, become indefinite. So it’s not ‘the plan’ that is the problem, but the tendency to hide behind the plan as an excuse for procrastination. So one tells oneself that, “It’s okay because I have a plan; I’m going to do this, this, and this.” And then nothing gets done because there is always an obstacle. Something always needs to change before one can take action. For instance, a physical, social, or political impairment or injustice that needs rectifying. If this were legitimate, one can still take concrete steps forward, no matter how small. If not, at this point, realise that ‘the plan’ is a cover for fear. So fear keeps us stuck in a rut. That is to say, in a perpetual cycle of strategising or ‘waiting for the right moment’ to strike. If this sounds familiar, these are key indicators that fear is running the show.

The flip side to this is that procrastination may be a warning sign to not proceed. Here your intuition may be telling you to wake-up, and snap-out of this delusion. So that you can and focus your attention elsewhere. If you are not excited and motivated by your plans for the future you will not make the effort to pursue them. Having said that, it also depends on the severity of fear, and intensity of delusion. If they are great, it is likely that the ego will  cling on for dear life and pursue the plan—but to no great effect. Usually in way of wasting time, money, and resources. But not before gnawing away at your capacity to adopt logic. This is very common with careers and relationships. People ignore all the red flags and warning signs because they have bought their own story. But in truth they have succeeded only in convincing themselves of a story. They are thus hook, line, and sinker sold on the narrative about their life, rather than the facts. Whatever the circumstance, your situation cannot change if appropriate action is not taken.

So self-awareness is the greatest agent for change. Following this we must also have the courage to see the Truth for what it is, and act knowing the facts. No amount of wishful thinking can turn delusions sunny side up. More often than not, delusional plans are a strategy for procrastination. The goal being to protect the egoic self from x, y, z; name your poison. But the irony is this: once the ego has fortified its position with the narrative that is the plan—and all it represents— it will pursue it—until death. This is the surest way to failure, because at this point, one is so far from the Truth, that the notion of Truth ceases to exist. Without Truth, self-awareness, and a firm grasp on reality, we are inept to change. When procrastinating, honestly assess the facts of the situation. Determine whether it is your intuition guiding you, or your fear stopping you. With awareness and Truth intact, act on plans with courage. 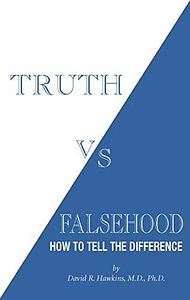 David R Hawkins | Truth vs. Falsehood: How to Tell the Difference 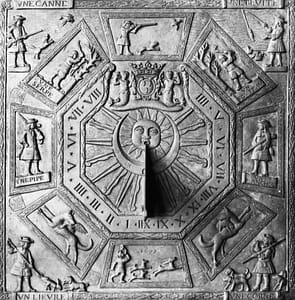 Intuition & the Premise Behind the Plan